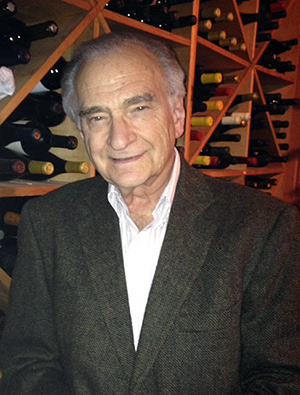 After many years of collecting wine as a hobby, Noah entered the wine industry in 1982, working in wholesale wine distribution. Within a few years, he became an executive at a growing distributorship, where his responsibilities included expanding the product line and increasing wine sales. In this position, he traveled extensively throughout California, France and Italy to find high-quality producers to bring to the NY/NJ market.

Later Noah joined a distributorship that specialized in imported wines to create and manage an American wine division for them. The portfolio he developed included numerous wineries that went on to receive national recognition and acclaim, including some of California’s original “garage wines.”

In 1995, he partnered with a California wholesaler to establish a fine wine distributorship for the metro New York/New Jersey market. After 6 years of growth and success, the company was purchased by Martin Scott Wines where Noah became a senior executive, working with them for 15 years.

In 2017 Noah joined Lieber Fine Wines, to work with the Lieber team to create the company’s California portfolio, now recognized as one of the finest American wine portfolios in the metropolitan area. Throughout his time in the industry, Noah pursued his passion for fine wine, seeking out, introducing and promoting exceptional California wineries. Frequently, his discoveries have become highly sought-after collectibles.